Croatia Part 7: A Taste of Zagreb

Since Zagreb and it’s citizens were so cool I thought the ultra groovy music of Herb Alpert --A Taste of Honey-- would be the perfect swinging background tune for this short slideshow of what we experienced. Take a look--


Running a bit late, (only 45 minutes, according to Dino*) we arrived in Zagreb and dashed through a pedestrian only section of town to meet our local guide Mladen Car aka @funkyzagreb , at the Hotel Dubrovnik. In a meta twist of fate we discovered we were to be part of a film the Zagreb tourist board was making about the gastronomic pleasures and treasures of the city. Travel writers playing tourists playing travel writers in a tourist board film about travel. Okay. Whatever...Let's do it! (*Oh yeah, that 45 minutes is a meta–meta reference to a super meta songify song.) 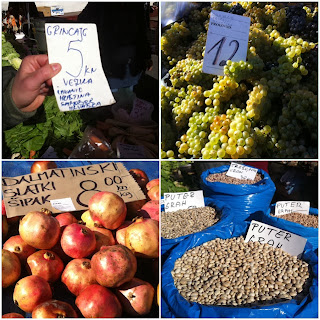 So off we went to the market with the film crew in tow. We climbed the steps to the top of the Dolac Market, and then we climbed the steps again. Coverage, you know, need to get it from all angles.
Here is the video from that day:

At the market we met our host Chef Robert Ripli from the Gastronomadi Club restaurant, and the first thing he did was pour us all a glass of Rakija which helped us temporarily forget that our every move and remark was being recorded. 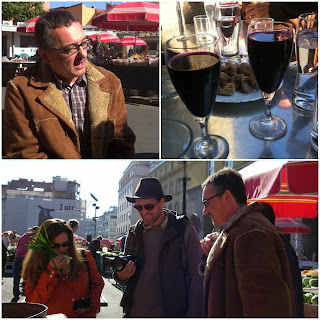 We also tasted the first release of 'Portugizac', a young Croatian wine that is sort of their version of Beaujolais. The rakija tasted of honey and apricots and it was harsh in a good way. But the Portugizac reminded me of Vinho Verde Tinto a wine I had in Portugal this past February, and it was reminiscent of Lavoris, the cinnamon flavored mouthwash that was popular in the late 70’s. 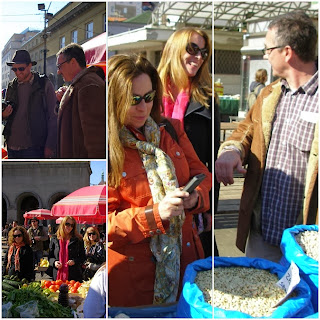 These libations made the shopping experience all the more pleasant. We cruised through the market with Robert sniffing and tasting and buying all sorts of items for the meal we would make back at his restaurant later in the day. First we shopped the produce stands in the open square, and then we went beneath the market to an underground zone for meats and cheeses. 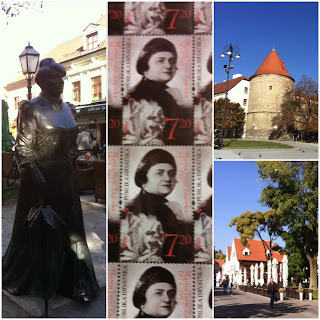 After shopping, Robert left to prep for our lunch and Mladen “the urban sherpa” took us on a walking tour of upper and lower Zagreb. 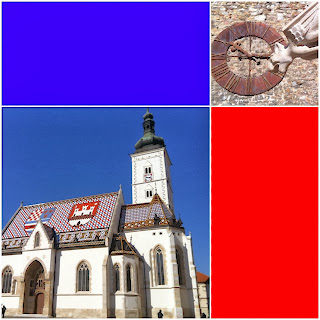 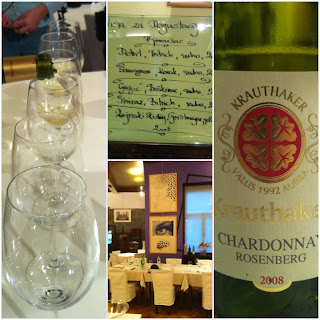 At Club Gastronomadia Robert introduced us to his cohort Chef Grgur Bakšić—and we were greeted with shots of žižula, a grappa like concoction made from the čičimak fruit we bought in the market that looks like a date, tastes like an apple. Grappa, Rakija, Schnapps, whatever you call it it’s a potent hit of flavor and this particular version had a bright sweet and sour snap of lemon and apple. 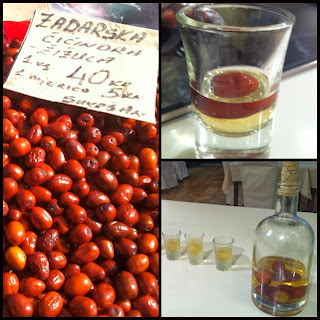 Now the film crew was back too and we were once again in meta land. Cooking in a cooking show about a cooking show. The Gastronomadi club is also used for corporate team building sessions where executives can get together to cook and resolve resentments between the marketing and engineering departments. Or not. In my experience any corporate outing is always about competition, and accordingly we were split into two teams to create a dish called Pigs in a Vineyard. Pork sautéed with shallots and grapes. 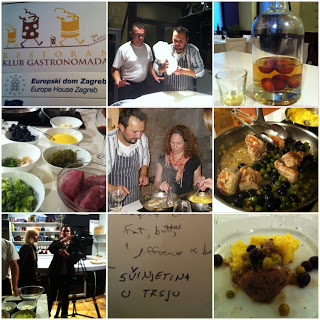 The teams were Team Burek, the soft pasty cheese filled contenders consisting of Kimberley Lovato, Lavina Spalding aka Lil’ Accident, and our guide Malden. Team Rakija —included me, Mattie Bamman the ravenous traveler @ravenoustravelr, and writer Anne Kazel who disappeared in the middle of it all to drop off some microfilm. ( just kidding Anne...) 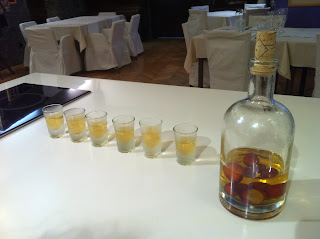 The affable Grgur gave us step-by-step instructions, but was entirely hands off for the most part. Meaning we really did all the cooking ourselves. While I browned the pork I noticed that several glasses of žižula were sitting unattended on a table so I convinced Mattie it was our duty as Team Rakija to finish the remaining shots. So we did. This may have affected the cooking and eventual outcome of the competition, although I think more rajika was the key to being able to stick your finger into a hot pan without worry. 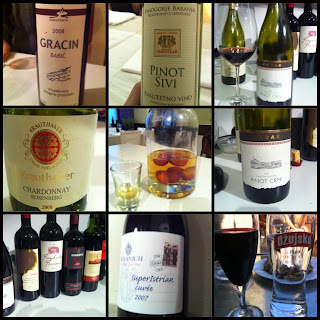 As we prepared the meal, Robert opened more wines and Grgur rolled out the dough for the baked zucchini and cheese filled dish – a component of the Zagreb continental style of cooking that would accompany the Pigs in the Vineyard meal. 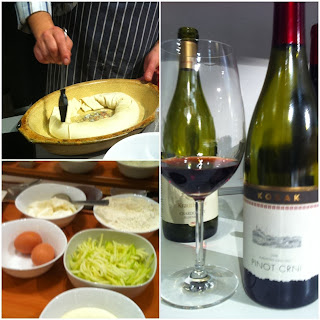 Judgment time: To judge the results each team was served the other teams cooking and Robert and Grgur cast the deciding vote. It was determined Team Rajka’s polenta reigned supreme, but Team Burek’s overall meal was a winner by a nose of a pig in a vineyard…just had to get in one more meta-meta reference. But it was all good; especially the company of Robert and Grgur--two of the most fun, knowledgeable and relaxed chefs I’ve ever met.

This post concludes my Croatia series. There’s no easy way to sum up the experience of Croatia or the food, wine and people that make it great-- except to say—Croatia is way more than you can imagine and far better than you’ve been told. But don’t take my word for it. Go see for yourself.