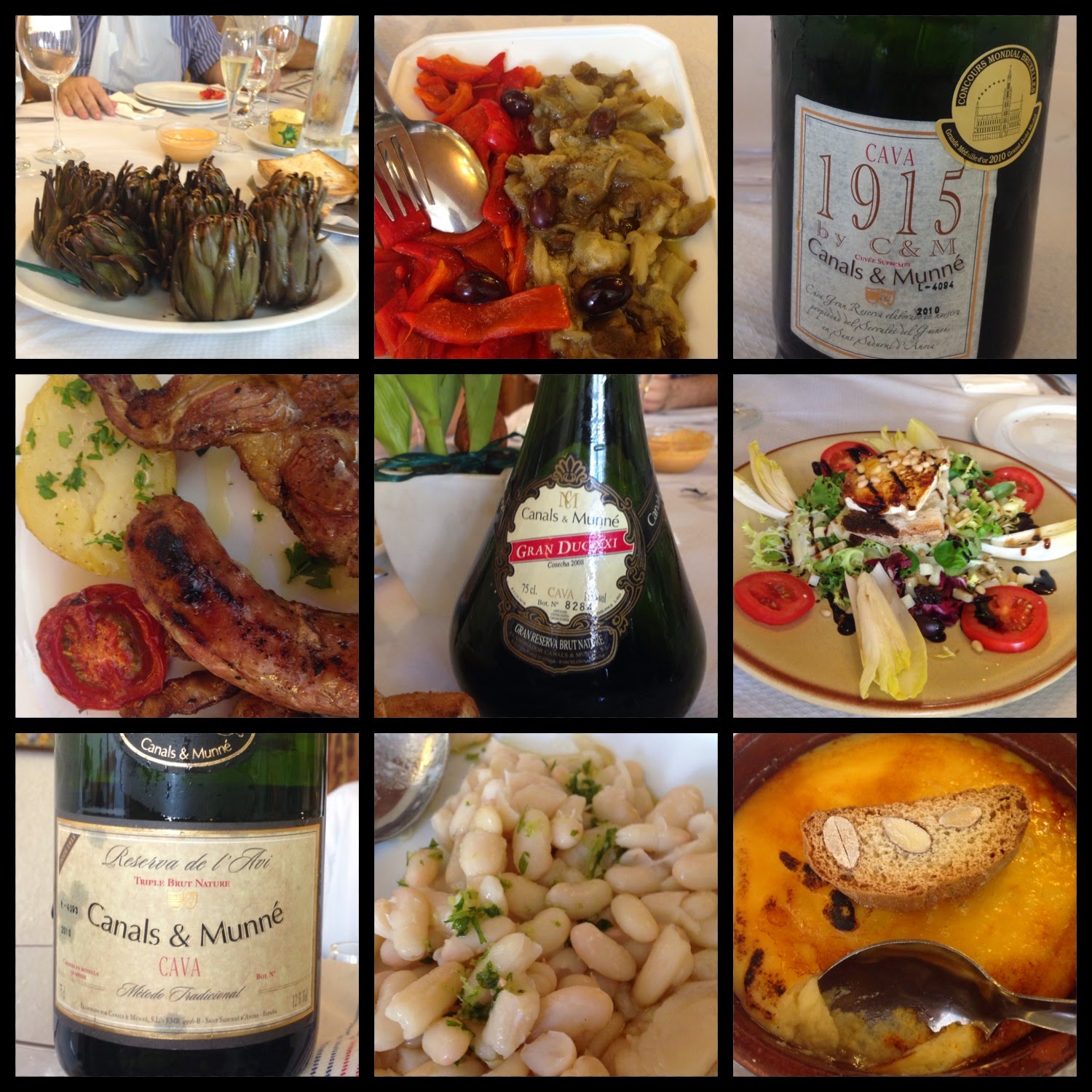 Next year, Canals & Munné will celebrate 100 years of Cava production. Recently I visited the cellars and tasted their award winning Cava’s as part of the sponsored 50 Great Cava's Tour.

During our tour of the facility the charming Oscar Medina Canals demonstrated the manual corking equipment and showed us how the cage and cap was attached to the bottle.


In the tasting room we tried several of the Cava's including an organic offering, Dionysus Brut Nature, and my personal favorite the Insuperable a blend of 40% Macabeau, 30% Xarel•lo, and 30% Perellada—a lovely balanced Cava with a floral nose, bright fruit flavors, and a bit of spice on the finish.

After the tasting we went to the Cava centric town of Sant Siduru d'Anoia to the original location of Canals & Munné, which is now a restaurant and there we commenced upon a long lunch and paired traditional foods of the region with several more wines. 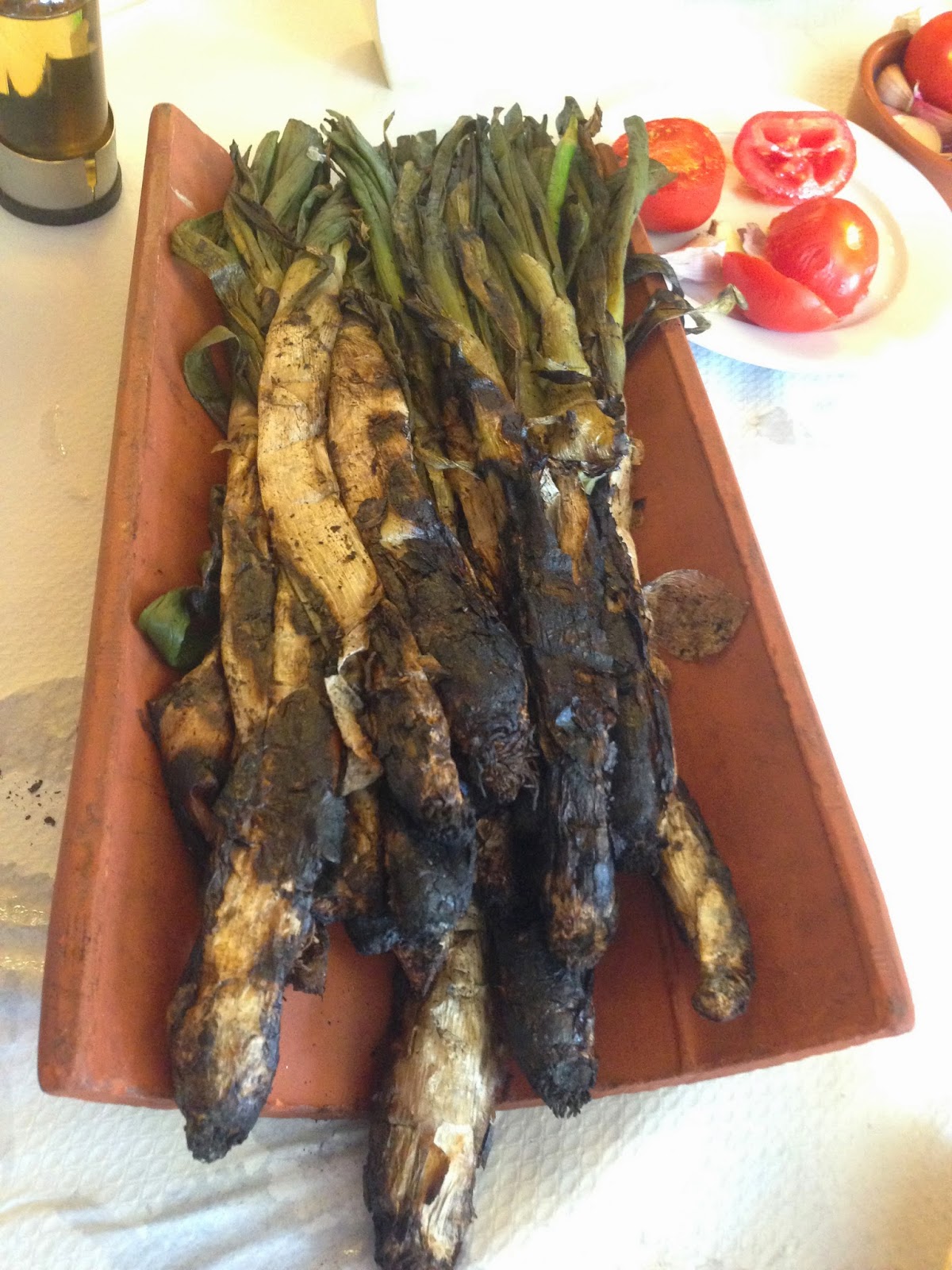 The highlight of the meal were the calçots --fresh green onions that are barbecued six minutes on each side, then the center shoot is pulled from the long green outer leaves, dipped in salsa de calçots and eaten by throwing your head back and dropping the onion into your mouth and hopefully not down your shirt. Fortunately plastic bibs were provided to keep everyone pristine. 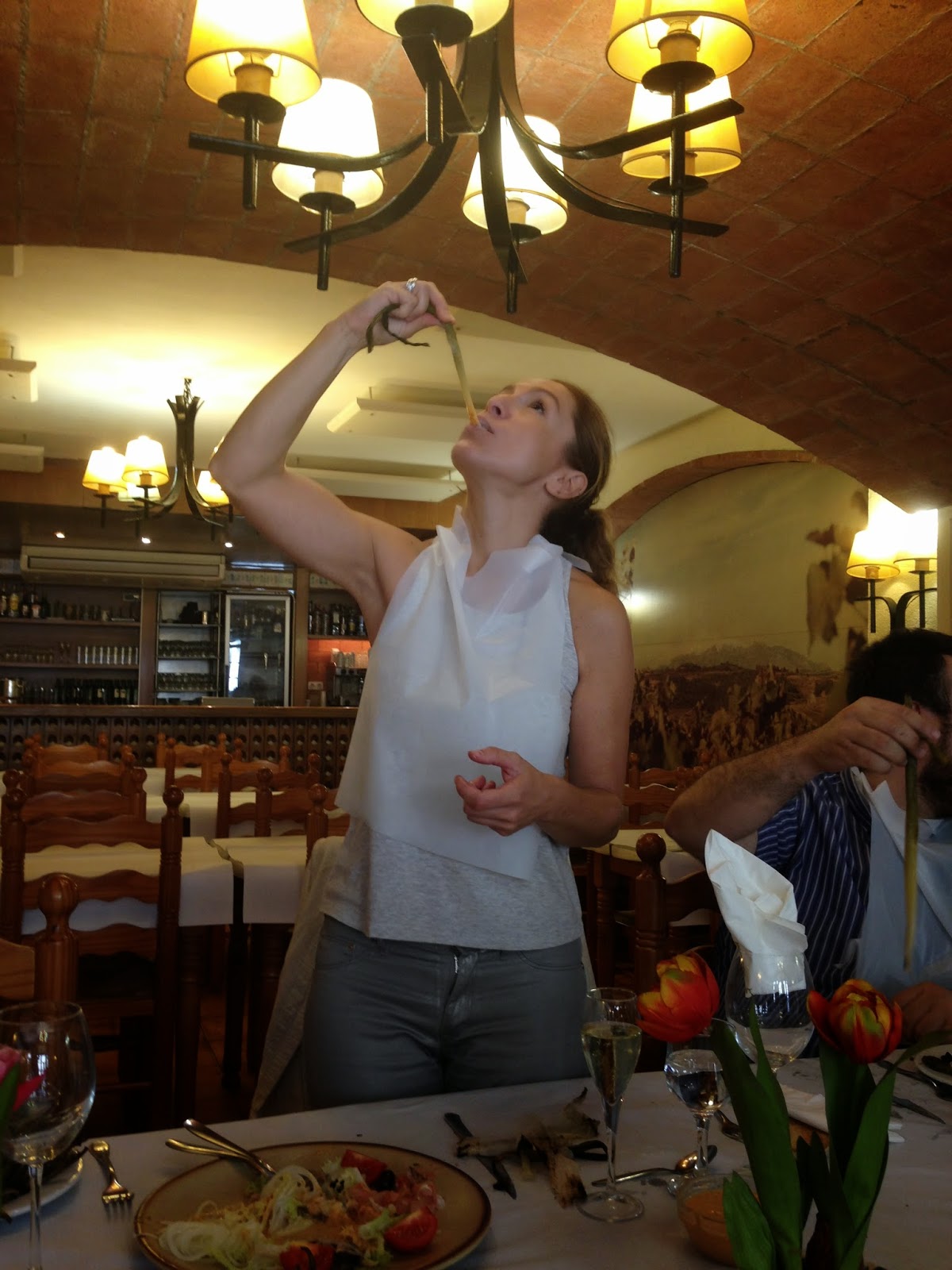 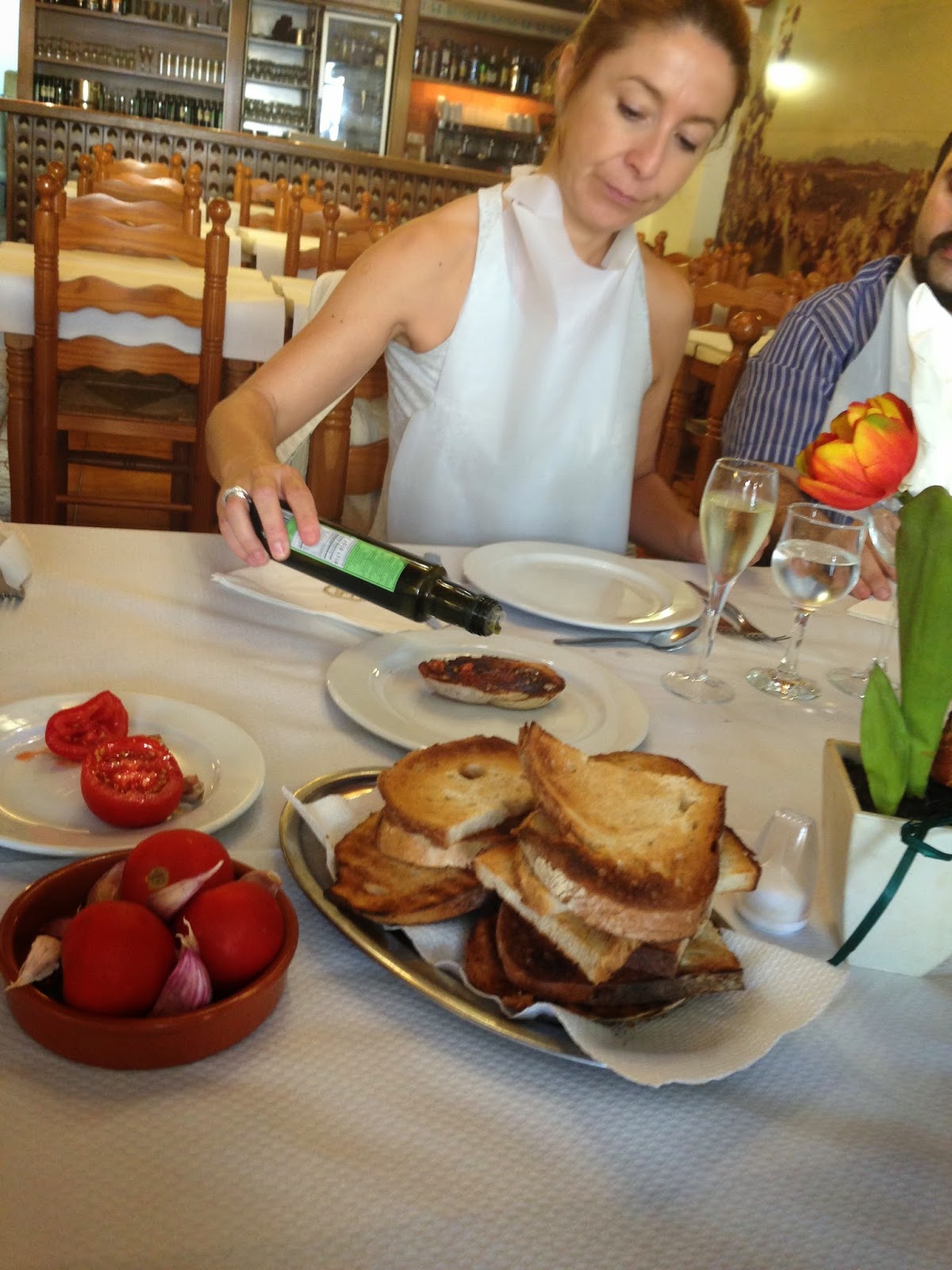 Export manager Natalia de la Calle Zancajo showed us how to prepare the traditional Catalan appetizer Pa amb tomàquet which consists of tomato, garlic and olive oil on fresh toasted bread. She cautioned us not fill up on too much before the main meal but it was hard to resist. In addition to the fabulous calçots, the lunch included plates of fresh salad greens, artichokes, white beans, roasted peppers and eggplant, lamb and sausage with potatoes and the signature dessert Creme Catalan. The wines served were the Canals & Munné 1915 blend of Pinot Noir, Chardonnay, Xarel*lo and Macabeu. Alos the Reserve de L’Avi, and the Gran Duc Cava in the distinctive flared bottom bottle.

Posted by Marcy Gordon at 6:21 PM No comments:


In October I went to Spain on a whirlwind trip through of Cava Country, hosted as part of the Wine Pleasures 50 Great Cava Tour. One of the stops was in Sant Sadurni d'Anoia, the epicenter and world capital of Cava, located just outside of Barcelona.

In Sant Sadurni d’Anoia we visited the Centro de Interpretación de Cava – La Fassina de Can Guineu where an excellent multi-media presentation, on large interactive touch screen panels, told the story of the region and the history of Cava production. One of the most interesting sections depicted the many adverts and posters, beautiful examples of graphic design, promoting Cava Festivals over the years. 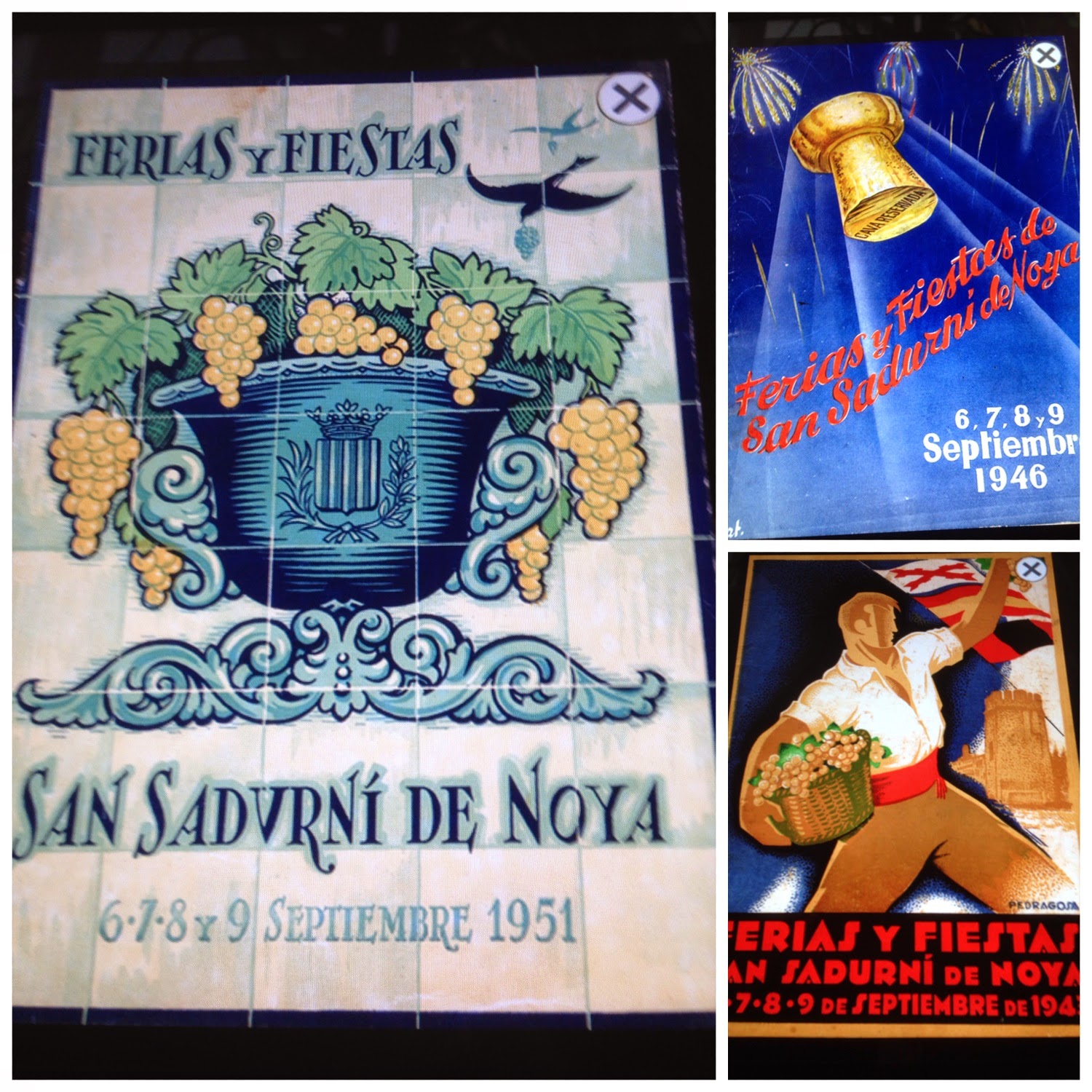 But the true focal point of the museum pertains to phylloxera. Most people think of phylloxera as a devastating pest that destroys vineyards, but from the perspective of Spain it was an economic opportunity to capitalize on the misfortune of France. 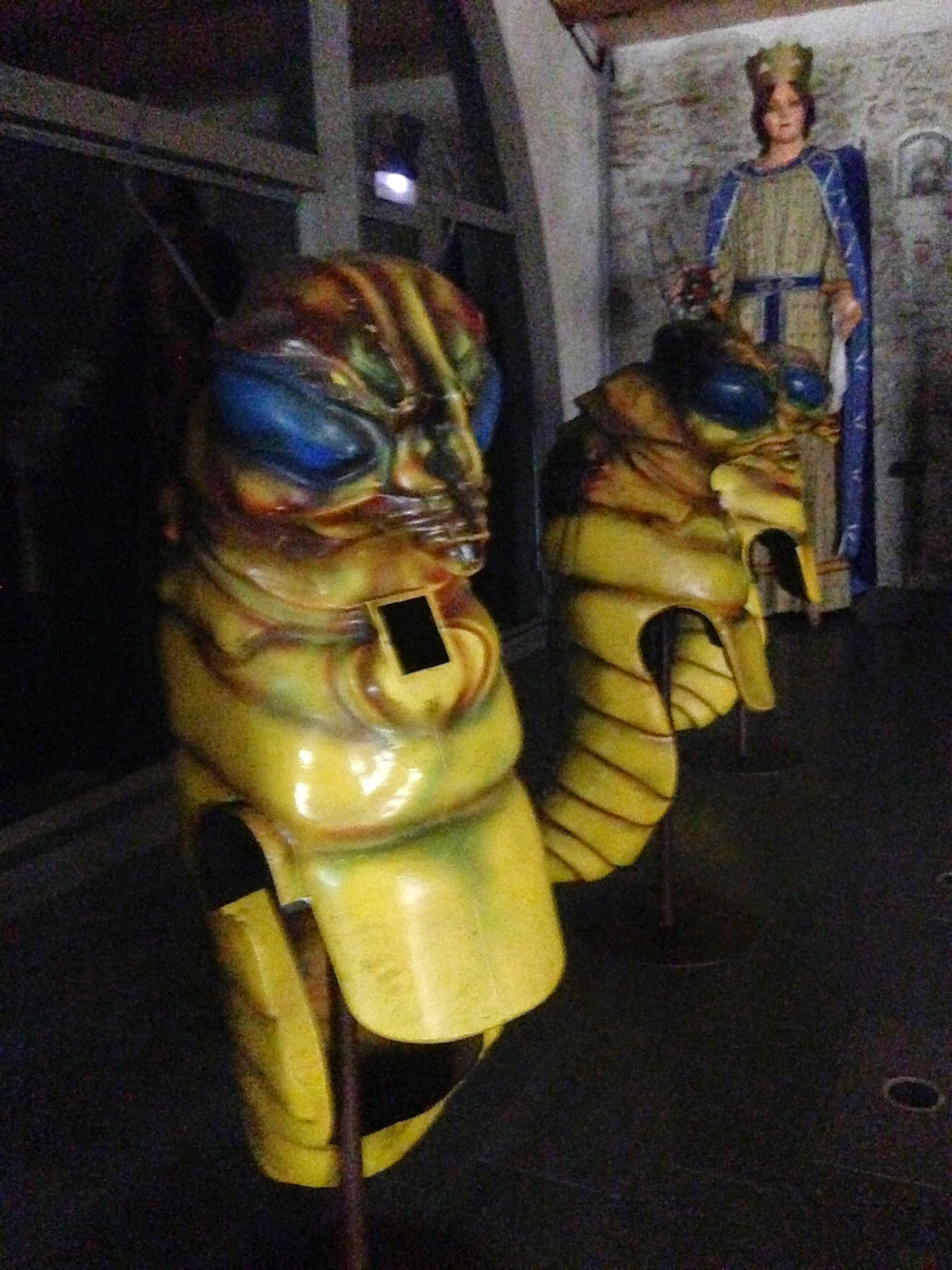 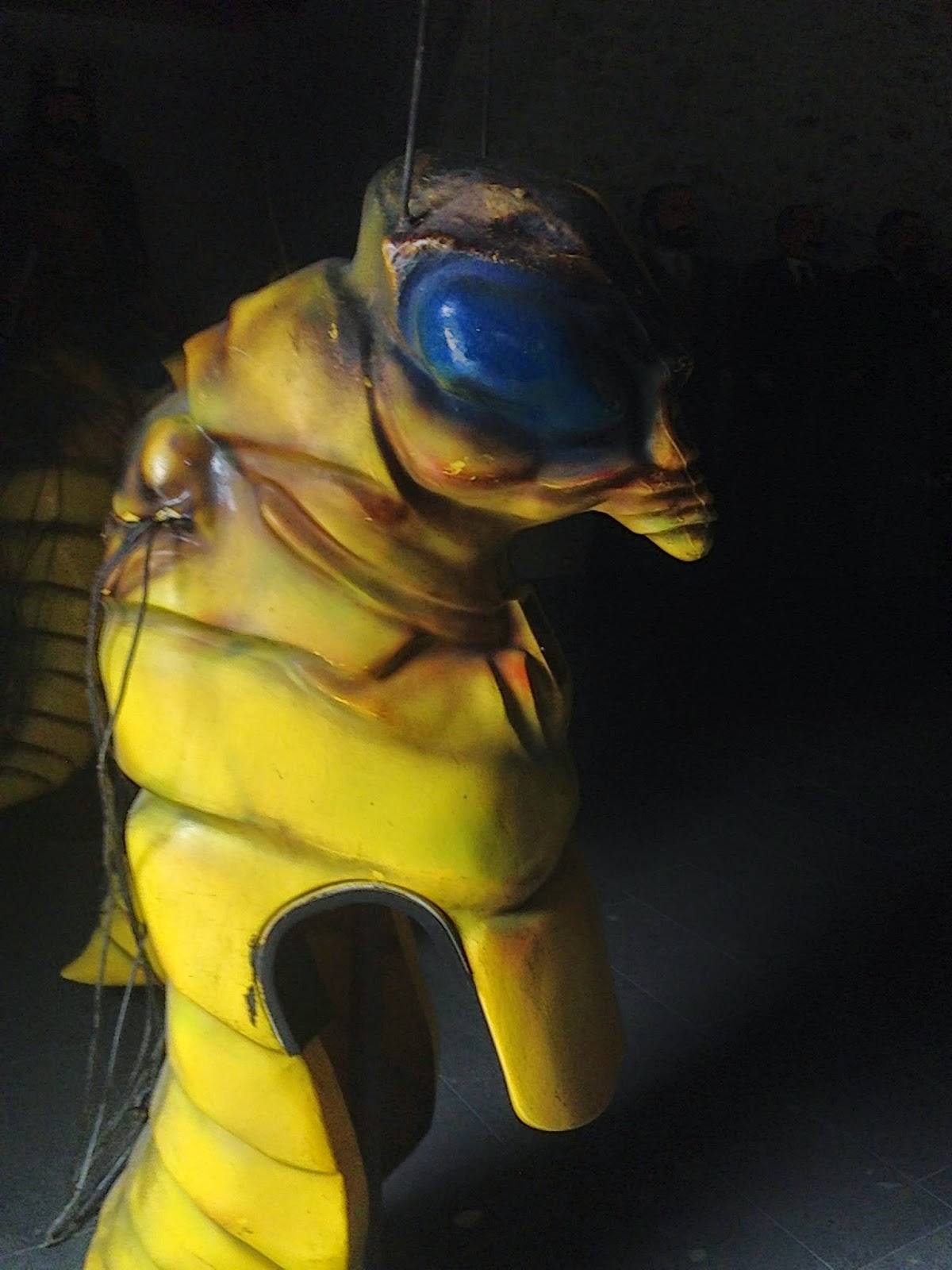 There is an entire exhibit room devoted to the phylloxera festival that's held every September 7 & 8 in Sant Sadurni d'Anoia. A short film shows the annual Phylloxera Festival as it celebrates the tiny bug in a lively fashion. Part Mardi Gras carnival, and part folk festival, the phylloxera is honored with a giant replica of the aphid and the whole town joins in a parade with many people wearing paper mâché bug heads that are quite horrific looking, or gruesome vine head masks that resemble the angry apple trees from the Wizard of Oz. 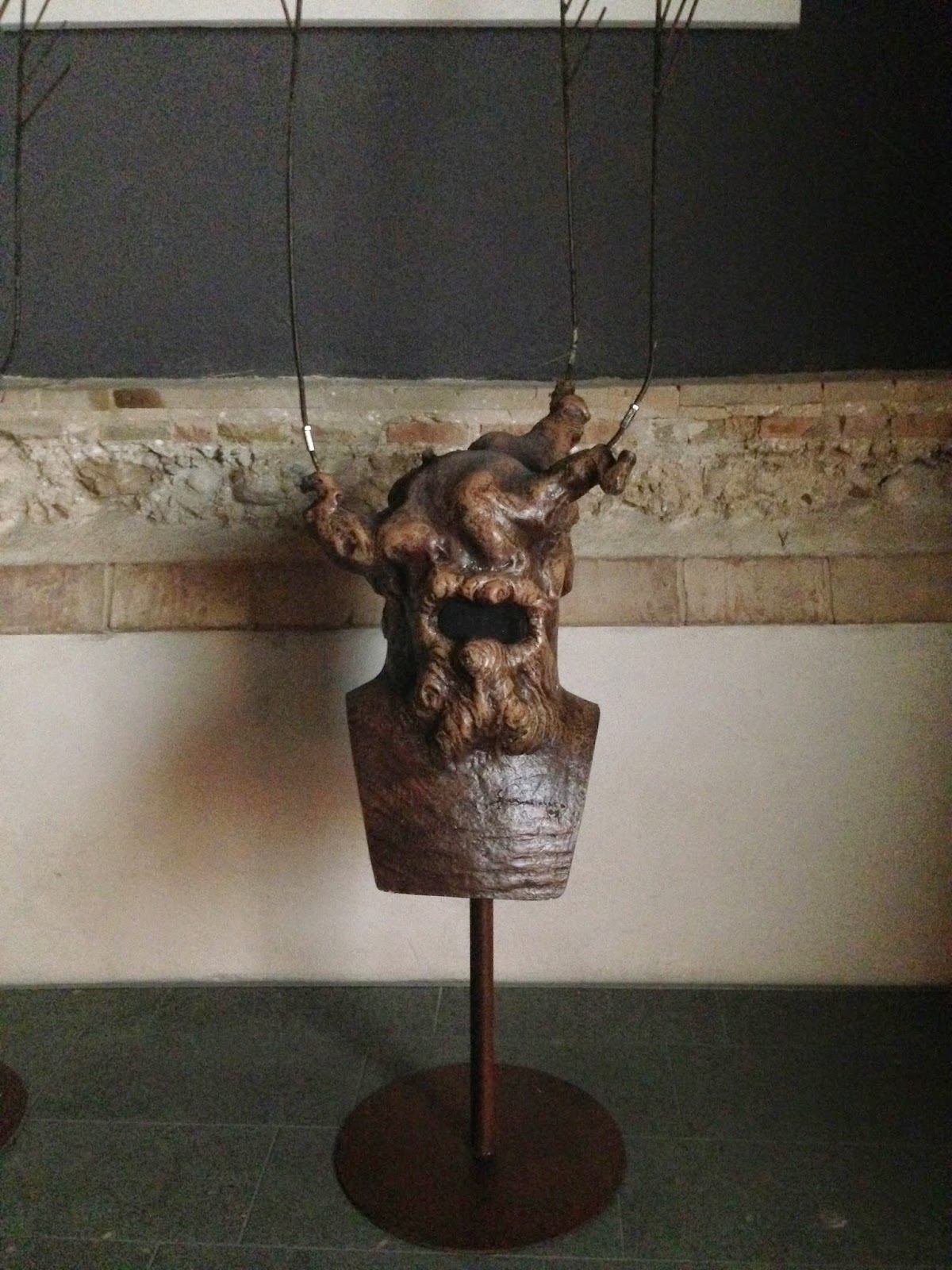 For a more profound experience, you can get up close and personal with a 3D phylloxera insect from larvae state to full-grown creature that will look you right in the eye as you stand before an interactive display. This is best experienced after a glass of Cava, or for those in a good state of mental health. If you are prone to nightmares I suggest you skip it. 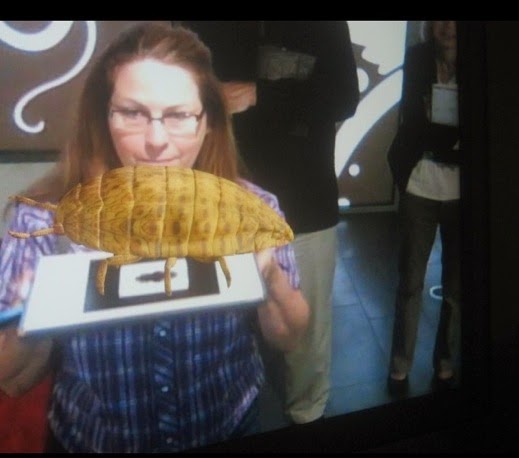 The rest of the Centro de Interpretación de Cava has plenty to see including a 3D film on the region and wine making process.  The film ends with the motto: "the offspring of a feeling" --which I suppose can be open to all sorts if interpretations --but many in our group thought it evoked a double entendre. Well, not many in our group just one who shall remain nameless but here's a hint –“butter fingers” with an iPhone. Okay, enough insider information. On with the tour-- 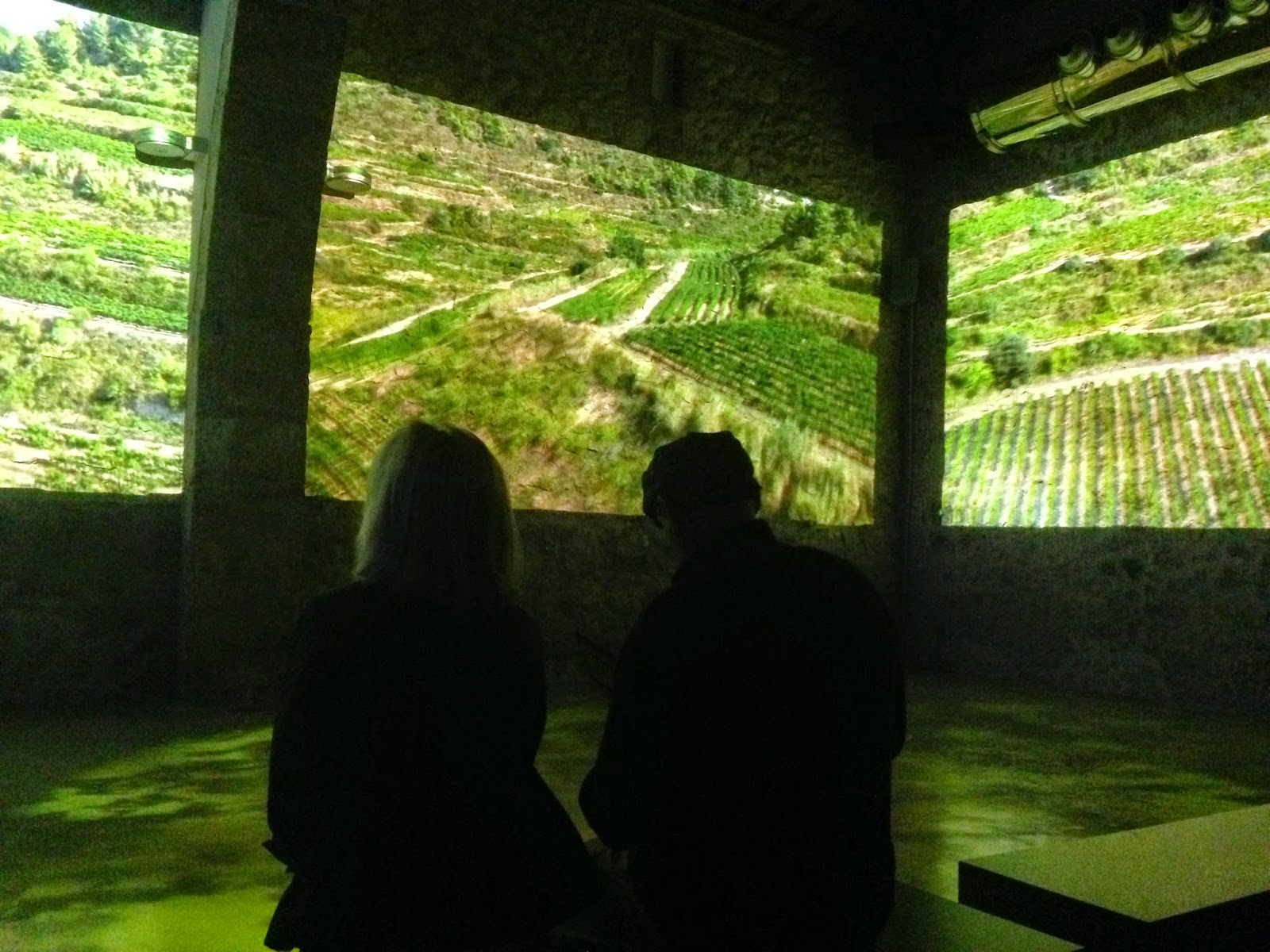 The museum was a previously a distillery, and in the basement, a former tank room, you can watch a light and sound show projected on the walls and ceiling that depicts the primary elements necessary for the production of Cava— earth, water, wind, fire/sunlight and of course, time. The room shakes with surround sound and a gentle breeze blows on cue to give you the feeling of total immersion in the vineyard. Afterwards you will be panting for a taste of Cava.

Sant Sadurni d’Anoia is an easy day trip from Barcelona. The town square is just a few blocks from the train station and easy walking distance to the museum, shops, and many Cava tasting rooms.

Posted by Marcy Gordon at 5:38 PM No comments: