Hey all--I'm back from Portugal and finally able to post about the 2011 Wine Pleasures Conference and blogger tour through the Minho and Douro wine regions. I forgot my Lumix camera so all my photos are from my iphone. But I will try to beg/buy/bargain for a few photos from some of the professional photographers who were on the trip. I'll be putting up a series of posts in the next few days detailing many aspects of the trip. First up-- the conference venue: Pousada Do Porto Freixo Palace Hotel 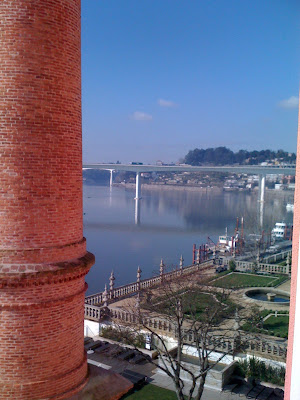 The Pousada Do Porto Freixo Palace Hotel is where the 2011 Wine Pleasures conference was held. It's situated right on the Douro river and has stunning views from the guest rooms and conference facilities.
The Pousada changed hands over the years and in the 20th century was sold to a ceramic firm Companhia Harmonic. That explains the huge industrial chimney on the riverside of the building which in my opinion lends the place a very Giorgio De Chirico vibe. It was later reconverted to a palace and a hotel as part of the state run group of Pousadas. It’s the largest pousada in Portugal.
I stayed at the Palace the first night I arrived in Porto before the conference tour of the Minho began. I found a rather surprising feature in my room as shown in this clip below--
Giorgio De Chirico would have loved this place. I think the resemblance to his paintings is uncanny. The colors, perspective and the industrial elements juxtaposed with the palace. 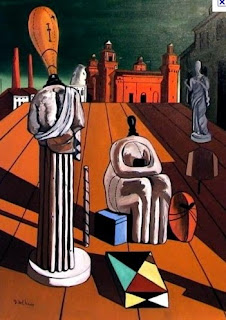 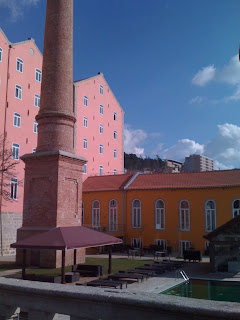 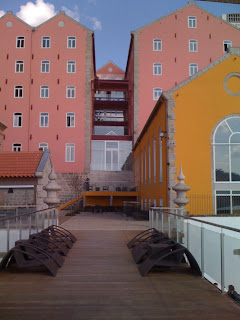 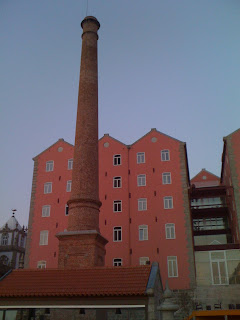 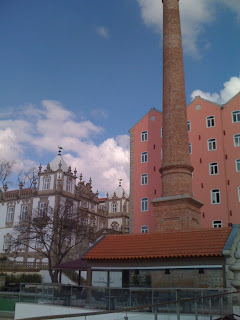 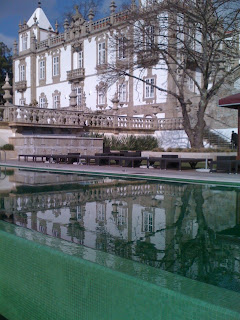 This is where Jed Clampet would have moved for a sense grandeur and splendor if he did not heed the advice to “move to Beverley Hills...” instead. Can’t you just picture Ellie May out here by the cement pond? 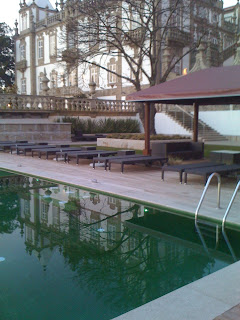 When we came back to the Palace for the conference I got a room with a balcony and big views. Take a look.
Next up: Conference highlights and trip to the Minho for Vinho Verde.

Links to all posts in the Portugal series:

Videos in the Annex:
The Lagare Collection--What Hipsters Wear to Tread
Slow Travel in Portugal
The Tiles of Portugal