Of course almost all winemakers are highly passionate about their craft no matter where they are from. But I found the people I met in Croatia and Bosnia Herzegovina were deeply vested in their land and wines in an almost spiritual way.

One of our first visits was to Brkic Winery in Citluk - Bosnia & Herzegovina.

Josip Brkic is a shining example of a winemaker whose wines embody a philosophy that goes beyond mere passion for wine making. It’s a philosophy of life as well. The vineyards, grapes and wines are regarded as members of the family.

We sat down to taste several of the Brikic wines and listen to Josip tell his story. 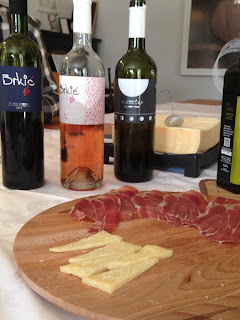 Fifteen years ago Josip Brkic had an epiphany and it changed the course of his life and the trajectory of his wine making. While exhibiting at an Italian wine expo he learned about biodynamic practices and fell in love with the concept. Up to that point says Brik “I was not thinking of the wine as a living thing, only as a product.” He realized how one farmed and approached the land was a long-term vision that needed to be fully embraced.

After his father died, Josip took over the winery and against all conventional wisdom, and the advice of others, he set out on a new path to convert the vineyards to be fully organic and biodynamic. His goal was to showcase the wine as a document of the year in as pure a manner as possible.

The freedom of the moment, realizing that he alone was making the decision with no one telling him what to do, was thrilling but challenging. Brkic found going organic is risky, and not for everyone. With great changes, came great challenges. All biodynamic vines are organic, but not all organic vines are biodynamic. Brik wanted both.

Converting to all organic practices is a difficult for a vineyard, explained Brkic. “It’s as if the vineyards are addicts that have been on drugs and the new practices presented a shock to them.” It takes time to convert them without stressing them out. But Brik stayed the course and slowly nurtured the vines to a new reality.

As Brkic spoke, a family member translated from Bosnian for us. I focused on Josip’s voice and all of a sudden I felt like I could understand his words completely without translation. Perhaps the wines imbued me with some type of mystical language abilities. I don’t know. I suggest you try some for yourself and see what happens.

When I sampled the wines, it became clear, everything I needed to know about Josip Brkic was there in the glass. Josip’s personal creed and promise also appears on all the labels— “I will make wines like this or I will not make them at all.”

If you find yourself in Bosnia & Herzegovina by all means make the pilgrimage to Brkic tasting room in Citulk. It’s well worth the trip. 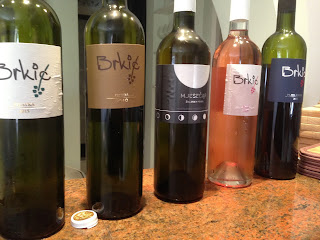 Unfortunately I spilled wine on my notebook towards the end of the trip so I can barely read my tasting notes. But here is what I could decipher:

Greda 2010: An orange wine made from skin macerated Zilavka and aged for 2 years in oak – texture is the name of the game here. Greda is name of the vineyard. Very mellowed orange style wine with long lasting flavors of mead, almonds, orange peel -- Absolutely loved this wine!

Mjesecar 2013: 100% Zilavka. Limited production, numbered bottles. You’ll have to go to Bosnia & Herzegovina for this one, but it is well worth the trip! Named “Moonwalker” after the cycles of the moon in biodynamic charts, not after Michael Jackson and his moonwalking moves as rumor has it.

Rose 2014: Lovely and light, his first time making a rose.

Plava Greda 2013: 100% Blatina fresh and juicy red fruits with a lively minerality. Soft and elegant with long finish. Would be great to pair with smoked meats. 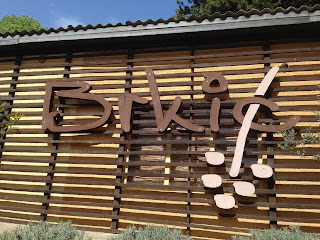 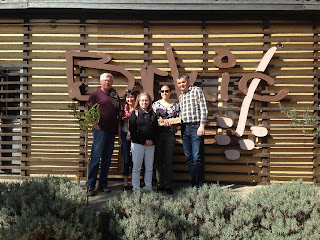