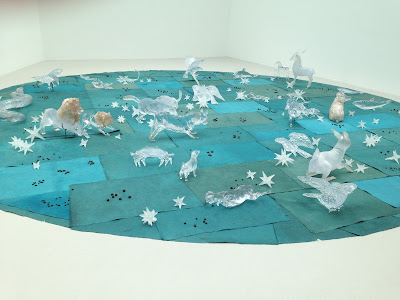 SATURDAY--
Ageability of Finger Lakes Wines
I learned a lot in the session led by Brandon Seagar who was funny and engaging and the wines he selected for the tasting supported his points well. The best thing about WBC in recent years have been the educational sessions devoted to aspects of the wines from the particular region. Last year in Santa Barbara, the Syrah panel comes to mind, and in Finger Lakes this session was top notch.

Three Birds Cornerstone Dinner
I’m always honored to be invited to the Cornerstone dinner and Craig Camp’s Cornerstone wines are a pleasure no matter where in the world you are. This year the dinner was held at Three Birds in downtown Corning. The food was quite good and a well suited to showcase Craig’s wines. 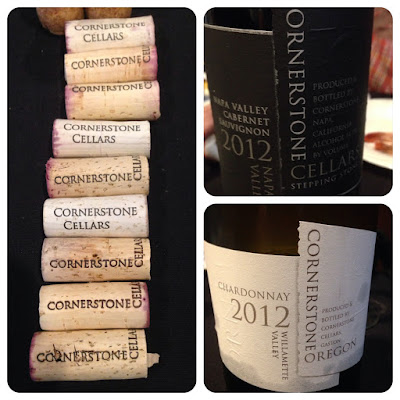 Wine Blog Awards Corning Museum of Glass
What is with the two Allan’s/Alan’s -- Alan Kropf and Allan Wright? They have a special kind of bromance for sure for Allan to get Alan to delay his honeymoon to present the Wine Blog Awards.


I find the Wine Blog categories are still a bit weird, but I’m sure if I ever won one I’d be knocking people aside to get mine and singing their praise in a heartbeat. Plus that handmade glass trophy??? Whoa, that beauty should win a wine blog award for best wine blog award.

SUNDAY--
After the last two sessions we had, in my opinion, one of the best WBC meals by far: chicken spedinis, salt potatoes and fresh husked corn, a Hudson style repast prepared by Sommelier/Winemaker/Chef extraordinaire--Christopher Bates. Mr. Bates deserves some kind of medal for the work he put in over a hot grill keeping hundreds of hungry bloggers fed. What the heck was in that secret sauce? It was the best chicken, actually the best anything on a skewer, I’ve ever tasted. Yeah, it was way too hot outside, yeah, it was way too long a line to get food, but yeah, it was incredibly delicious.

Corning Museum of Glass Tour
You will need at least all day, if not two days, to explore this amazing collection. The new wing of the museum is a work of art in its own right with soaring spaces, undulating lines, and an abundance of natural light to showcase the exhibits. 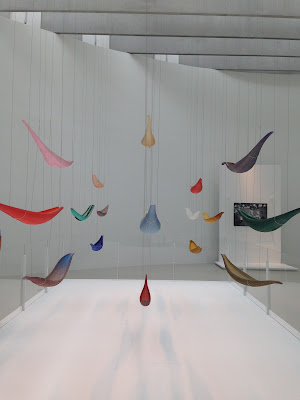 By the way if you find yourself in front of this exhibit shown above at the Corning Museum of Glass and see the term “celestial scat” in a placard describing the work, you can thank me. Huge thanks to Kimberly Ford for the Museum tour and especially for taking the time to escort Regine Rousseau and me through the 100 Years of Pyrex exhibit. It was a true blast from the past. 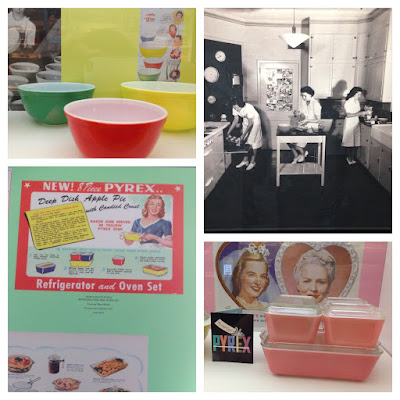 Thanks Finger Lakes!
Big shout out to Ann Crook, Director of Aviation at Elmira Corning Regional Airport for coordinating blogger shuttles to the airport. That was greatly appreciated and of course enormous thanks to all the sponsors and especially to Laury Poland and her entire team at Finger Lakes Wine Tourism for hosting a memorable and engaging Wine Bloggers Conference.  I’ll be back!

Last Chopper out of Corning
After all the flight delays, lost bags and missed connections; WBC15 may go down as the conference you check in to, but can never leave. Cue Hotel California... But if you have to get waylaid in an airport, getting stuck with fellow wine peeps makes it much more tolerable. And if those peeps include the Canadian Delegation...all the better. 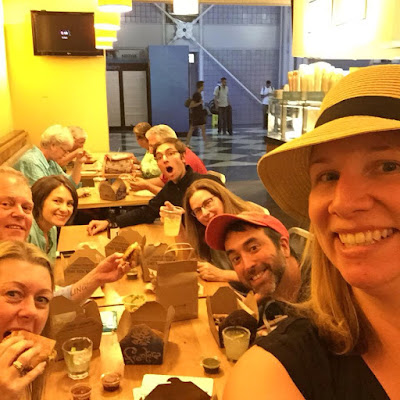 After a two hour flight delay getting out of Corning, I was re-routed from ORD to PDX then to SFO the following day.

While waiting In ORD with April Yap-Hennig for our (delayed, of course) flight to PDX I heard the announcement:

I looked at April and said, “It’s a little early for Easter jokes don’t ya think?”
April gave me a long withering look -- “It’s last call for Cedar Rapids, Marcy, not Peter Rabbit!” Oh...well it sure sounded like Peter Rabbit to my exhausted ears.

I got home on Monday, 18 hours after I was originally scheduled to arrive.

I am so looking forward to DRIVING to Lodi! See you all in 2016.