Summer Reading 2015: What I Read on My Summer Vacation 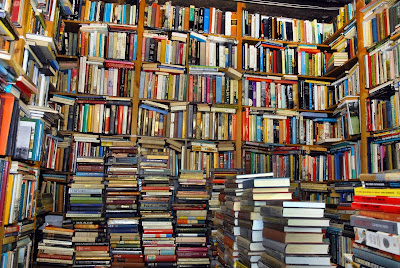 When I was kid, my older sister Maggi and I spent our summer days hanging out at the public library in South Miami. It was our ad hoc clubhouse. The building, constructed from large blocks of coral rock, was an oasis of cool inside the thick walls--a welcome respite from the pushing South Florida heat.

Every year the library held a summer reading program and contest for the kids with a big chart on the wall that showed how many books everyone read. In order to get your star you had to sit down with one of the librarians and tell him or her about the book you read. My sister and I read so much they put us on the honor system and had us write up the book reports ourselves.

Then, a month into the program, the head librarian told our mother we were making the other kids feel bad and that we should scale back. WHAAAT?!? {Cue sound of needle scratching across record.}

I was not about to curtail my reading to spare some other kids feelings. But for the rest of that summer we only got one star for every three books we read. My sister just stopped keeping track. I kept reading and submitting my reports, but I never quite got over the unfairness and ridiculous charade of that incident. I went on to win the prize for most books read that year, a plaid book satchel with real leather straps on the flap. I gave it to my sister.

This year in memory of my sister, and as a way to deal with the lingering grief, I decided to re-connect to those lazy carefree days we spent reading for sheer pleasure. I started my own summer reading program beginning on Memorial Day and ending on Labor Day. I read at the beach, in the park, in airports and on planes, trains and busses.

I spent the past three months with a book and glass of wine as often as possible and it was the best summer I’ve had in years. My final tally came to seventeen books read over fifteen weeks. Now where’s my book bag? ;-)


So, what did you read this summer?

Here’s what I read:

The Vacationers by Emma Straub-- I’m always game for a family dysfunction pop-sociological modern manners tale. I was expecting something like the pitch perfect Where’d You Go Bernadette, but this did not deliver for me in the same way. * 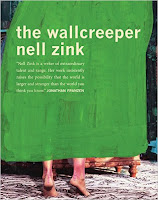 The Wallcreeper by Nell Zink-- Fascinating and weird and utterly compelling. This story had an odd trajectory careening past several topics including birds, working in corporations, and environmental political acts but it all came together for me within a structure that was almost no structure at all. I know several people who throughly disliked this book, but I quite enjoyed it. ***

All My Puny Sorrows by Miriam Toews-- Stunning, deeply moving, and chock through with Toews complicated and piercing humor. I am still thinking about this months later. Toews story of grappling with the bi-polar illness of a talented sibiling hit close to home for me. I found it both uplifting and devastating at the same time. I read it in small chunks so as not to ovewhelm myself and then could barely cope with it coming to an end. I kept wanting to call my sister and say- “You gotta read this!” (Sigh.) *****

What Comes Next and How to Like It by Abigial Thomas -- Loved this. I found it flawless and timely. A meditation on life and loss, enduring friendships and the inevitable encroachment of time. Presented in sparse yet richly flowing chapters. Thomas can say more in one sentence than many do in an entire book. *****

On the Move by Oliver Sacks -- What life! Motorcycled obsessed, travel junkie, (drug junkie too) fitness fanatic and plagued in his early years by unrequited love, Sacks tells his story with great honesty, humor and alacrity. A glimpse into one of the most curious minds of our time. Insightful and tinged with a wistful nostalgia. I finished this just a few days before Sacks died in August. ****

Panic in a Suitcase by Yelena Akhtiorskaya--I was expecting this story of a Russian emigrant family’s experience moving from Odessa to New York to be something similar in nature to Gary Shteyngart’s books. It was and it wasn’t. While it was very funny at times with vivid and descriptive passages that gave a true sense of place, it was also rather uneven.  But I did admire greatly, the construction of the prose. ***

Mastering the Art of Soviet Cooking: A Memoir of Food and Longing by Anya Von Bremzen - Entertaining account of the authors relationship to food and family (particularly her grandmother and mother) with a large dollop of soviet history that gives weight and depth to what might otherwise be just another immigrant memoir with recipes. ***

This Is the Story of a Happy Marriage by Ann Patchett-- I started reading this and it felt very deja vu and then I realized I’d already read several of the essays in the collection. But the stories about the writing life and opening her bookstore were most interesting to me. ***

Barbarian Days, A Surfing Life by William Finnegan-- This was not the deep meditation on surfing as deliverance that I expected after reading a pre-publication excerpt. Still it was an absorbing dip in to a world and sport well outside my experience, and I learned a lot about the component parts of a wave and the mechanics and dynamics that make it surf worthy. It is a lengthy book and many parts dragged considerably, but I enjoyed the travelogue aspects as the author pinged about from California to Hawaii to South Africa, Bali, Australia, Portugal (Madeira), Singapore and other locales in search of surf. **

A Brief History of Seven Killings by Marlon James-- I had to switch to audio book format on this epic tome with so many characters I could not keep track. The story spans several decades starting in Kingston Jamaica in the late ’70’s to tell the story of a gritty, violent and turbulent time of uprisings and power struggles predicated by the attempted killing of Bob Marley. At 26 hours the audio book is quite a time commitment but worth very minute. ****

Confessions of the Lioness by Mia Couto-- Timely read given the Cecil and the Dentist headlines. A story about a hunter hired by a small village to kill a lion that is stalking the villagers and the relationships that develop. A fable like narrative based on real events. While I found the story worthwhile the narrative felt overworked and at times flat. **

Killing Monica by Candace Bushnell--Bleh, if this is not a thinly veiled take down of SJP, I don’t know what is. But I read it in the spirit and tradition of the trashy Beach Read. *

Another Great Day At Sea, Life Aboard the USS George H.W. Bush by Geoff Dyer-- When I’m reading Dyer I always have the odd sensation that he has hacked my email or has been observing me from afar, for I know of no writer that captures the same weird self-conscious, ODC, crazy-ass thoughts I have, as well as he does. It’s uncanny. I read this on a flight to New York and was laughing so hard I had tears in my eyes and the flight attendant asked me if I was okay.
Note: For bonus laughs check out the angry comments on the Amazon page by readers who thought Another Great Day at Sea was going to be an ode to the military. Hilarious.  *****

The Anthropology of Turquoise: Reflections on Desert, Sea, Stone, and Sky by Ellen Meloy-- Gorgeous tone poem like narrative that made me want to take a road trip to the Southwest and watch the light move across the desert plain. ****

Around the World in 50 Years: My Adventure to Every Country on Earth by Albert Podell-- I loved the idea of this book and Albert has indeed traveled far and wide. The early part of the book when he and his pals head out to set a record for the longest automobile journey ever made around the world is the most interesting part. He captures a moment in time, the sheer naiveté of that epic journey certainly could not be attempted today. And the insights in regard to sponsored travel and the strings attached, still hold. But the way he wrote about his many female companions was grating and the boastful accounts of his playboy ways grew tiresome. **

Driving Hungry, a Memior by Layne Mosler--Mosley recounts her time in Brazil, New York and Berlin. I thought there would be more food in this blog to book memoir. But the parts about how to get a taxi license and what it is like to drive a cab for hire were intriguing. I was oddly distracted by how many times the author mentioned wiping sweat from her brow--but then again she was frequently in hot situations. I wonder if this was pitched as Tango, Taxi, Love as comp to EPL? ***

Everybody Rise by Stephanie Clifford--I finished this just before Labor Day, to make it the end-cap to my summer of reading. Everybody Rise was like a mash-up of The Devil Wears Prada meets The Social Network at The Great Gastby’s house party. A modern manners tale that serves up class dynamics on a silver platter and depicts social climbing as a blood sport. But for me it got strained at the half way point and by the final third and I just stopped caring about the characters. I absolutely loved the fabulous cover design, but unfortunately the story did not rise up to same level. *