I often tweet out what wine I’m drinking during the week and highlight various wines from my region as well as from regions around the world, but I don't always have room in a tweet to elaborate on each wine. So I’ve decided to collect them in occasional posts called Last Week in Wine. Catchy title right? I got the idea from Last Week Tonight with John Oliver.

I doubt I will post this every single week, but this will be an ongoing series, a round-up of the wines I tried and some brief notes on each. Unless noted all wines were purchased with legal tender by me. 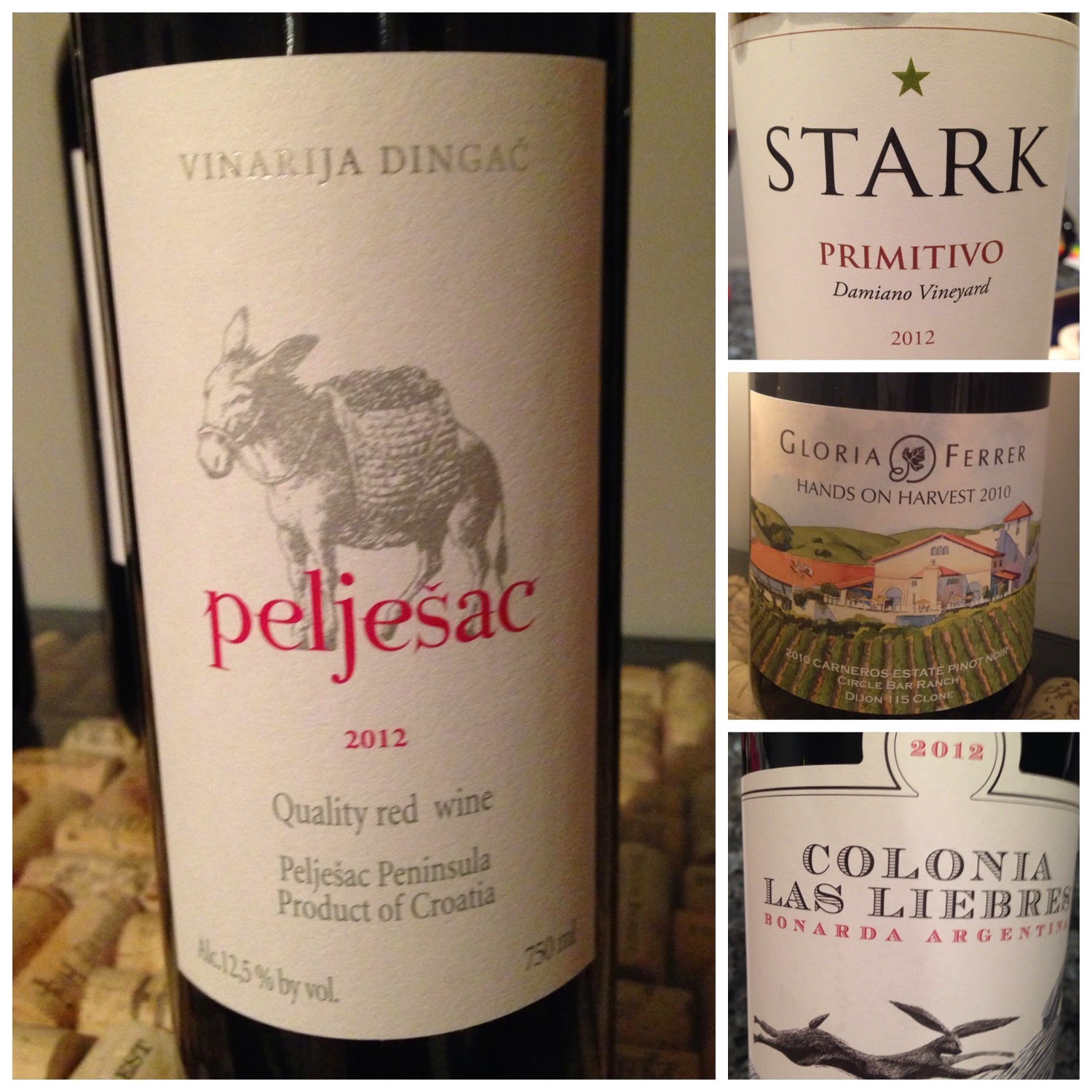 Stark Primitivo 2012
I’m not a big Zinfandel drinker, but I loves me some Primitivo. (Incidently both Zin and Primitivo are clones of the Croatian grape Crljenak.) This Stark wine from the Damiano Vineyard in the Sierra Foothills is just the ticket to send you on an Italian reverie (or perhaps a Croatian reverie considering the source) without the need to get on a plane. $38

Gloria Ferrer “Hands on Harvest” Pinot Noir 2010
This wine is not widely available. It was made as part of a Hands on Harvest event I attended in 2010 and the finished wine was sent to the participants. I’ve been holding on to these and this bottle showed some deeper characteristics from aging since the first bottle I tried in 2012. In my original notes I found it to be dry and spicy, but now it is much more lush, fuller, with rich dark fruit flavors and more balanced structure overall. Very nice indeed! (Priceless.)

Colonia Las Liebres Bonarda Argentina 2012
I first came upon this wine when I was living in Florida and cruising the local Total Wine aisles for some decent wine to take my mind off the fact I was living in Florida. Anyway this wine did the trick. I love Bonarda (aka Charbono in California) and this one is a great value and a true representation of how lovely Bonarda can be-- dark in color, light tannins and good acidity with a hint of mint, dark cherry and concentrated plum flavors. Brambly and delicious. I bought it at Bottle Barn in Santa Rosa for $7.99.


Darker and richer than its sister wine, the Plavc, the Peljesac is has a medium body with a slightly sweeter base note on the palate. This is a bargain at $12.95. Buy a mixed case of this and the Plavac and see which you prefer. I think I’m leaning toward the Plavac, but it depends on what day it is. ;-)