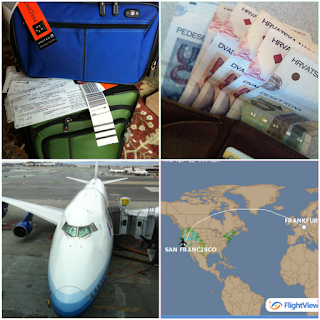 My bags were packed. My dollars changed to Kuna. The plane was at the gate. My seat belt was fastened and I was on my way to Zagreb Wine Gourmet Weekend. Then I heard the dreaded ''Um, This is your captain speaking... "

We were told we would have a one or two hour delay while they replaced a fuel pump on an engine. So I ate my lunch (NOTE: Never board a flight without your own food and water supply) and chatted with my German seatmates auf Deutsch--a skill I somehow dredged up from a long neglected language sector in my memory banks.

Then two hours turned to four, to six, to eight. (But at least they let us off the plane after the first two hours) Then we were told the flight would be canceled and we would be getting a replacement aircraft. In the meantime we all got in line to rebook our connections. Well things got complicated, connections were missed, fare classes were changed. I'll spare you all the details, but when the flight finally left over 9 hours later, I was not on it.

I boarded the same Airporter bus I'd taken that morning to the airport, and 16 hours after the whole ordeal began I was back home and it felt like I'd dreamt the entire episode 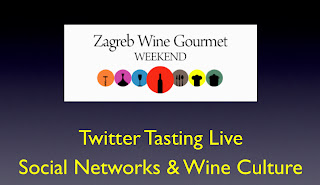 So instead of giving my presentation at the panel event along with Cliff Rames of @WinesofCroatia, Lada Radin and Nenad Trifunović, I participated by twitter and tasted the wines for breakfast along with the other bloggers tasting live via twitter. Here is a sampling of the tweets, but you can also search twitter for the hashtag #WoCroatia and #ZWGW to view more. 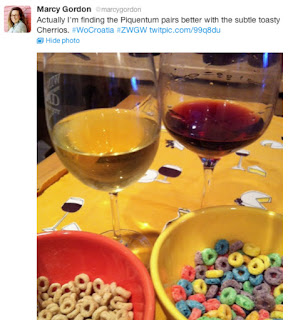 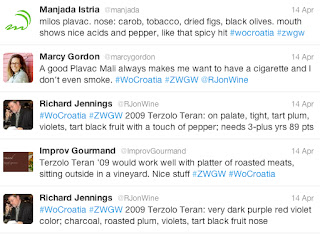 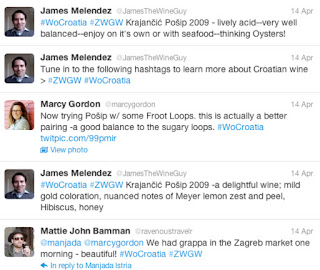 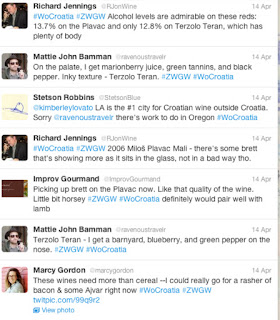 The event turned out pretty great and the power of twitter in wine culture confirmed --heck a sale was made due to the all the tweeting! I'd say that's one very compelling reason right there to join the conversation on twitter if you are in the wine business or just interested in discovering new wines. 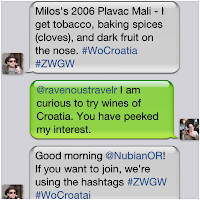 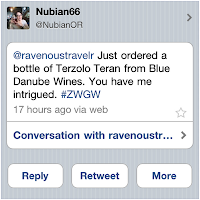 Over the weekend I followed all the #ZWGW tweets and sank into a funk as I saw the wines and fun tweet by before my eyes. Tweets about the Piquentum party and human pyramids and the late night Bibich party. My recommendation if anything like this happens to you --Stay off Twitter--it will only make it worse as you read the tweets of all your friends and colleagues having a blast. Oh the agony. 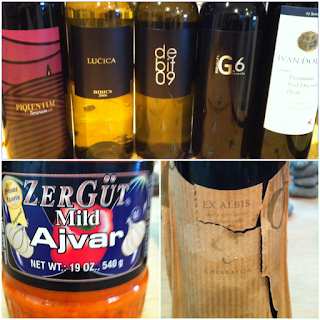 Luckily I had a stash of Croatian wine, Chiavalon olive oil and some Ajvar (albeit store bought) to soften the blow and help me ease my pain.

So, I'm sorry I have no pictures or stories to report here, but next time. Next time for sure.