Wines of Croatia Tasting: The Recap!

What a day for Croatian Wine! I could never have predicted how a simple tweet would lead to one of the most fun, educational and incredibly delicious events I've ever had the pleasure of hosting.

As mentioned previously in this preview post, it was Cliff Rames of Wines of Croatia (@winesof croatia) who dropped the pebble in the lake triggering my connection with Frank Dietrich @bluedanubewine of Blue Danube Wines. A date was set, bloggers were invited, a hashtag chosen, wines were selected and it all came together beautifully on August 28th.

Croatia has a wide range of grape growing areas but they are basically split into inland and coastal regions. Since the majority of the bloggers were unfamiliar with Croatian wines Frank decided to focus on the coastal region of Istria. And so for a few hours my deck in Sebastopol was transformed into an odd shaped yacht as we virtually cruised the Istrian peninsula and tasted wines from the countries many islands.

Frank proved to be a great guide on our journey as he led us through the tasting and provided extensive background information and details about the wines, winemakers and growing regions of Croatia.


Previously I tried a different Enjingi Graševina, but this one was fuller bodied and more developed. All of the whites were outstanding, plus we tried a Rose from Korta Katarina that was a spicy delight. My favorite of the whites was the KRAJANČIĆ Pošip from the island of Korčula where apparently Marco Polo was born. Many of the wines we tasted were from Italian born winemakers and the connection to Italy is very strong historically as well. Below are some of my quick tweet impressions at the tasting.

I enjoyed the Bibich R6 Riserva, Korta Katarina Plavac Mali, and the Zlatan Plenkovic Crljenak Kaštelanski which is considerd to be the original Zinfandel. But the wine that most intrigued me was the MILOŠ--Stagnum Plavac Mali--Pelješac Peninsula 2005. This wine had a very deep purple color with the scent of rosebuds and a slight briny taste. Maybe that explains the claim that this wine pairs well with oysters. Oysters and red wine? I need to do some first hand research on that, but I have a feeling it could be true.

The Saints Hills Dingač Plavac Mali image seemed well crafted, maybe too crafted? I can just imagine the eye rolling and the "there-goes-the-neighboorhood" effect this could have on the wines of Croatia. But I think attention is good and if it gets the peeps drawn in then I think it bodes well for all the smaller producers and gives them a greater chance to be discovered by an enthusiastic audience that will want to travel the wine roads in Croatia.


In addition to the wines we had a special guest cheese-- The Paski Sir from the island of Pag pictured in upper right hand corner. Nutty and rich it was a great complement to the whites we tried and also a few of the reds. One of the bloggers, Anthony Burich who is actually Croatian, brought an unmarked bottle of Croatian olive oil too. I did not get the chance to serve it, but tasted it afterwards and was impressed by its distinct spicy and herbal notes. Very bright and delicious. Thanks Anthony!


At the height of the event I took quick look at Tweet Reach which indicated that over 375 tweets had been sent with an exponential reach of over 100,000 impressions! The hashtag went on the generate more than 400 tweets and many impressions beyond that, as the metric was based on only the last 50 tweets at the time. But over all it was pretty impressive for a deck full of wine bloggers to create that much buzz for Croatian wines in one day. The RTs were fast and furious. Another cool way to view the tweets is through Revist  a real–time visualization of twitter messages around a specific topic which shows a dynamic flow of the tweets and the connections as they happened. Check it out here. 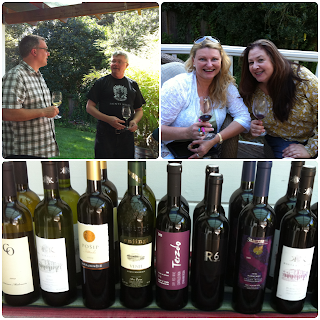 "Zivili" or also spelled "Zivijele" is a Croatian toast that means "to life!" So I would like to shout a hearty "Zivili" to Frank Dietrich, Cliff Rames, Andreja at the Croatian Tourist Board for supplying the maps and excellent background materials, Michelle Buster for sourcing the Paski Sir, also special thanks to KORTA KATARINA for the samples (check them out on twitter @kortakatarina) and of course to all the wine bloggers who came to the event and made it so much fun --@amybcleary @brandyea @winebratsf @SonomaWilliam @aburich @VitaeVino @SLHousman @JamesTheWineGuy @RJonWine @20dollarwine @slowgrapes @BrixChick_Liza @norcalwine & @Brixchik_xan

Zivili! -- Thanks so much. Perhaps next time we should have a game of pin the tail on the Donkey Dingac!


Links to other posts from the event. (more to be added as they become available)
Amy Cleary--WineBookGirl
Richard Jennings -- Post on CellarTracker

Links to all previous Croatia Posts: 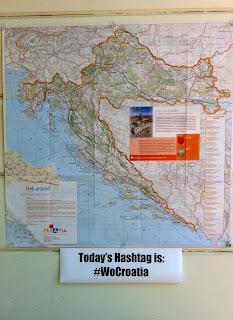