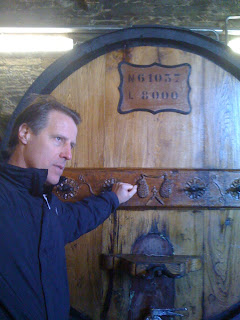 Adrian Bridge, CEO Fladgate Partnership
Adrian Bridge is focused. You can see it in the way he walks across the land, plucks an orange from a tree, thumps a barrel, mimics the stomping cadence in the lagare, or hunkers down in the dirt to illustrate a point. To call him passionate would be an understatement. No, Adrian Bridge, CEO of the Taylor's Fladgate Partnership is beyond passionate; he is completely attuned and fully engaged in everything he turns his attention towards--from vineyards, to wine tourism. Bridge has great presence and strikes me as the type of man who could introduce himself by saying -- “Bridge. Adrian Bridge.”-- without mocking James Bond. 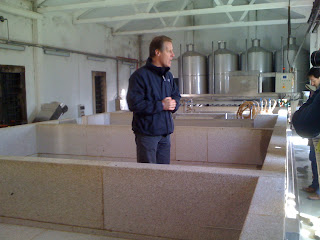 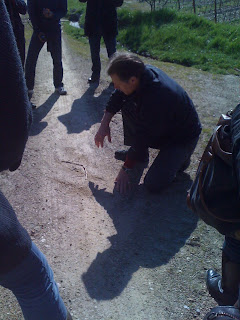 Close to the land
On a chill February day, just outside Pinhão on the Douro, Bridge escorted us through Quinta da Roeda, the Croft property purchased in 2001, where Croft Port red, white and pink is produced. Much of the harvest work is by hand, but with a technological assist. In the lagares, humans still tread the grapes, but a sophisticated piece of machinery (similar, to the one at Quinta Nova) supports the treading with a custom crush device set on rails that skims across the shallow granite vats and adjusts the pressure according to the liquid levels. 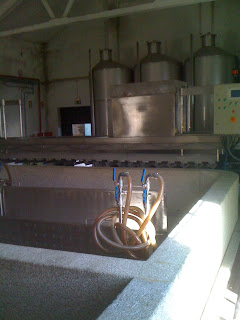 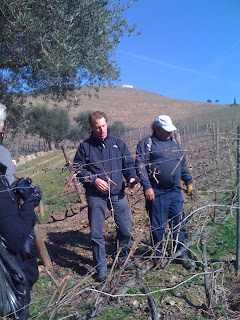 Field demo with the pneumatic snips
Out in the vineyards skilled workers perform their jobs with the aid of high technology. The day we visited, the vineyard crews were pruning the cane using pneumatic snips calibrated to cut the vine in a precise way each and every time with no human error. The shears are set to cut a certain diameter, keeping fingers safe. Apparently if you stick your finger in the clipper and pull the trigger it will not cut you, but no one volunteered to prove the point. 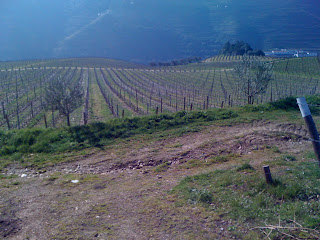 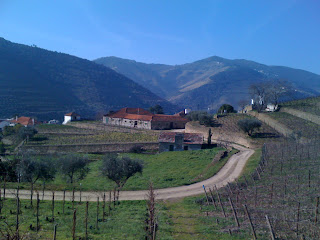 Quinta da Roeda
At first glance the vineyards look like they just magically planted themselves in perfect alignment with the land, but the slopes at Croft are laid out with lasers to mitigate erosion and the tenets of bio-diversity are at play here in the fields of the lords of Port. 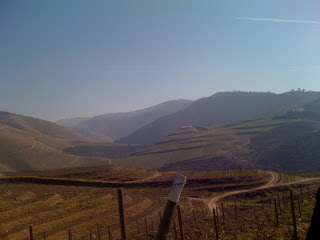 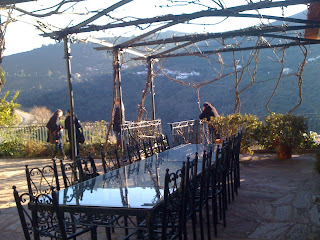 Outdoor tables and view at Quinta do Panascal


After the tour of Croft we adjourned to the rustic yet chic Quinta do Panascal for a luncheon where we sampled several Fonseca and Taylor’s Port offerings. The Fonseca Siroco white port makes for a fine cocktail and it set the tone for the rest of the lunch, which included red and white table wines and several top ports from Fonseca and Taylor’s. 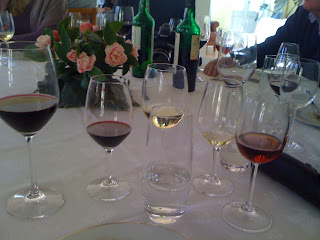 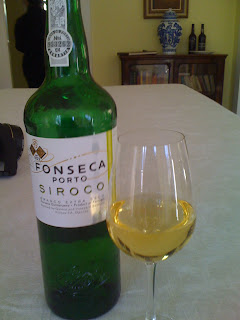 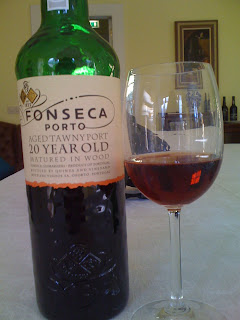 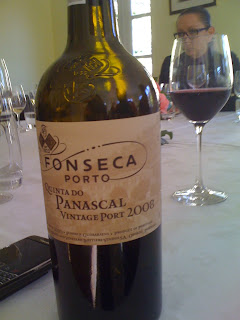 The traditional Portuguese dishes were prepared with flair and served with a touch of elegance that seems to be the hallmark of all the Fladgate port wines and guest properties. 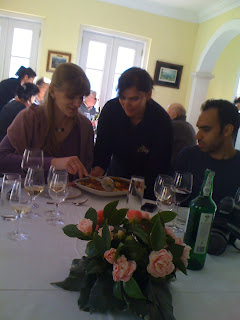 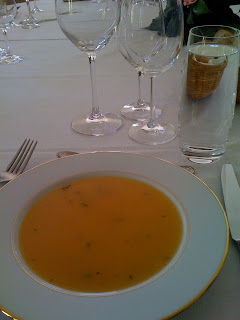 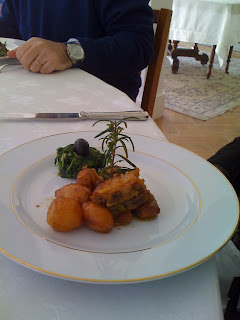 A tiny island of delight
The vineyards under the Fladgate Partnership include Croft, Taylor’s and Fonseca. And like Adrian Bridge, they all have a singular focus on the end result, be it the exquisite expression of grape in the glass, or in the case of wine tourism, the embodiment of hospitality in the service offered at the Yeatman-- the new ultra luxury wine hotel, in Vila Nova de Gia across the river from Porto--the latest jewel in the crown of the Fladgate operation. 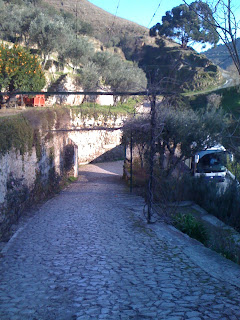 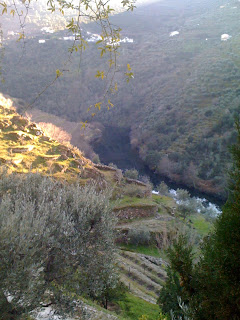 View of the river from Quinta do Panascal
Next Post Up--Foodie Feast at Rui Paula's DOC & Party at Quinta do Pégo!


Videos in the Annex:
Posted by Marcy Gordon at 9:10 PM