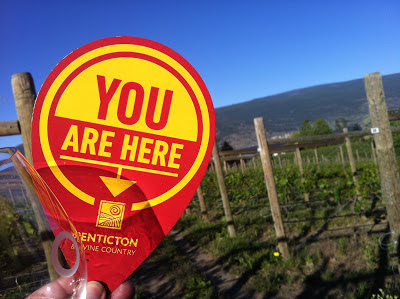 It was the best of times, it was the worst–…well no, it really was the best of times. The 2013 Wine Bloggers Conference in Penticton, B.C, far exceeded my expectations and I already had a good idea on what was coming, since I previewed the area last year with fellow writers Lesley Trites and Kathleen Rake.


Here’s why I think WBC13 was the best WBC I’ve attended: 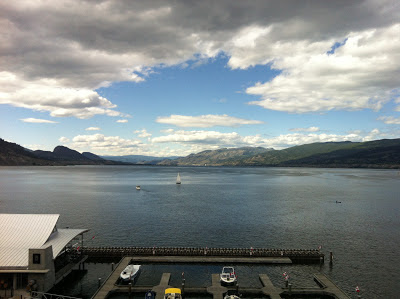 It’s just hard to beat a location that is so stunning and to have the conference hotel right on the lake made it even better. Plus the organizers capitalized on the location by staging many of the events outdoors, such as the Thursday night reception at See Ya Later Ranch and the Saturday morning Breakfast in The Park across the street sponsored by the Downtown Penticton Association. 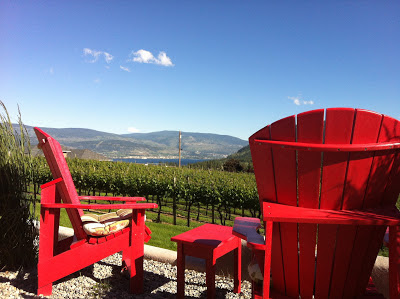 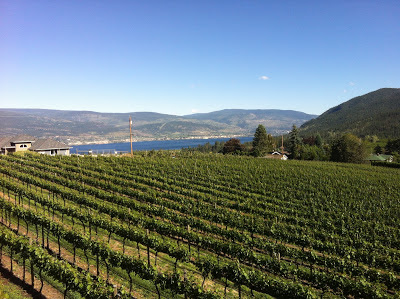 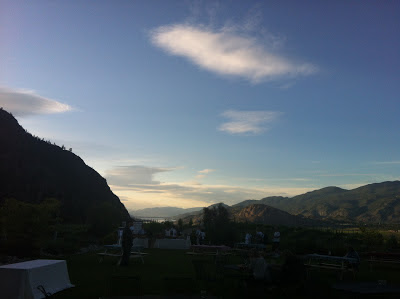 2. The Size
I know the organizers want to get as many people as possible to attend, but the relatively small turn out (compared to Portland) made it easy to talk to the producers and exhibitors and to connect with fellow attendees without a crush of humanity in every room. In my opinion the Portland conference was way too crowded and hectic. The decibel level in the Portland ballrooms and tasting sessions was just out of control. I find it difficult to taste wine with so much noise around me, not to mention trying to exchange a few words with the producers. It may have felt a little empty in Penticton, with lots of open seats at the tables –but I liked that and I was able to connect with many more people this year.

3. The Food
Hands down WBC13 had the BEST FOOD EVER for any conference I’ve attended. Even the tasting/table crackers were great, provided by a new company called GONE CRACKERS. 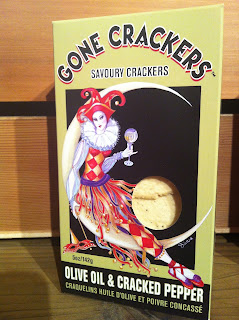 I had a bit of fun with their logo cards here. 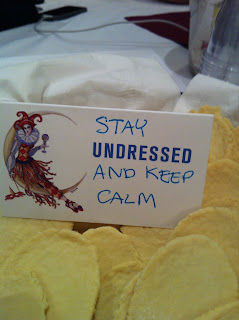 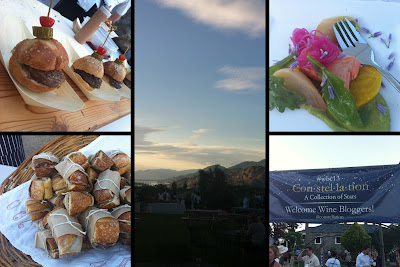 When you combine a stellar outdoor location--See Ya Later Ranch, with superb food by Joy Road Catering, and a convivial walk–around tasting atmosphere complete with music, classic cars and performance by the First Nation Indigenous Peoples (well, it was just one guy drumming) --You get the kind of event that is not only memorable, but hard to compete with going forward. 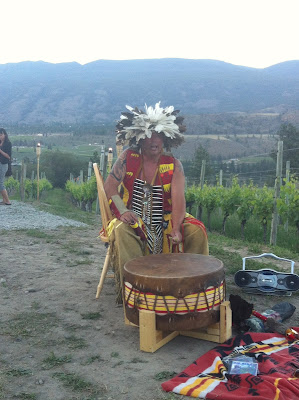 As I mentioned above, WBC13 Pentiction/Okanagan had the best food ever and it all started at the opening reception. People were talking about this dish --the poached salmon and beet dish with sorrel aoli and arugula-- {shown below} all weekend, it was truly sublime. 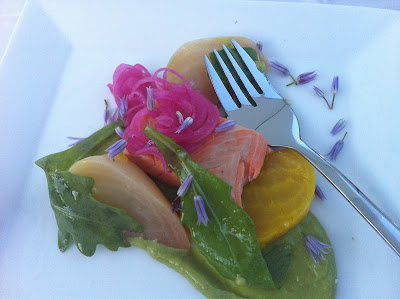 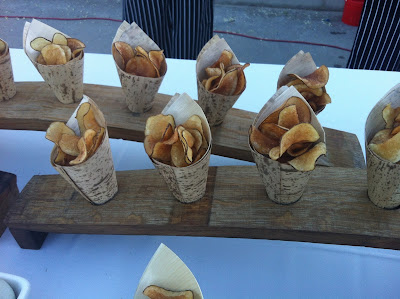 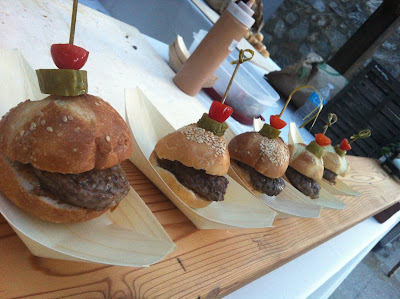 EVERYTHING at the event was delicious. And the tables were spaced out around the property so you did not have to fight your way to the front. Aside from the first tasting station where the busses left off, everything was very accessible.


5. Breakfast in the Park
I loved that we got to actually experience the town of Penticton and not just the interior of the hotel. Getting us outside on Saturday morning was genius. Once again the food was incredible and provided by local chefs, bakers and restaurants. 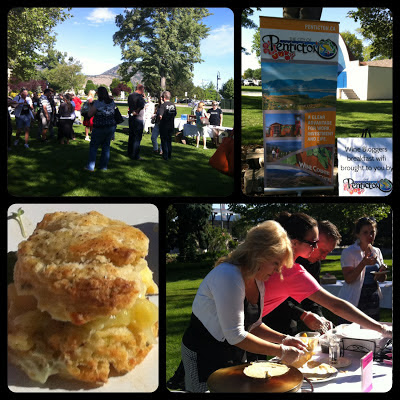 There was an amazing Farmers Market that was also going on at the same time and we had time to wander about and enjoy it as well. 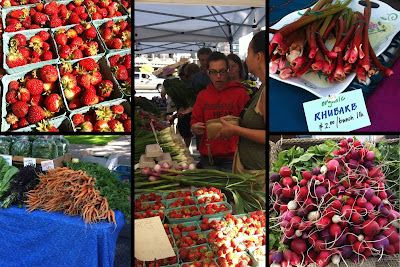 Check out the kids dancing below--


6. Friday Excursions
You actually got a heads up on the type of excursion each bus was heading to although not the exact location as some clamor for. I went on the Wine and Farms bus and it was terrific. {more on that later} The idea that we all meet at the end of the excursion for one big reception was great in concept – but in reality our bus was so late getting there that most everyone was leaving when we arrived and clean glasses were in short supply. I never got one. 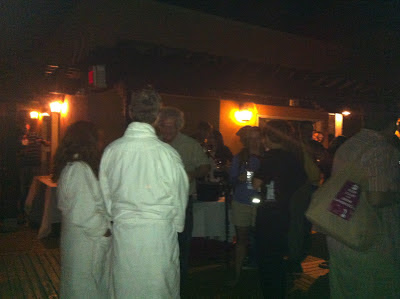 I thought they were the winemakers from Dirty Laundry dressed up as a joke, but they turned out to just be a couple staying at the resort. NOTE: If you get the chance, ask Sandra Oldfield of Tin Horn Creek to give her impression of how stunned they looked when they walked in to the party. It’s priceless. 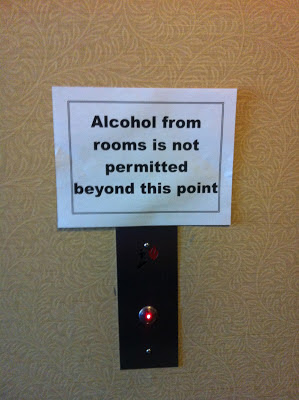 7. After-Party Scene
I’ll tell you right off-- if you are a fan of multiple after parties and non-stop drinking till dawn type of revelry, you may have been disappointed with the party scene in Penticton. It was rather low-key, but Goldilocks here thought it was jusssst right. The J Vineyards and Jordan Party was the best in my opinion, but I think it is every year. They always think of everything right down to providing phone chargers and docking stations scattered about the room. The party ebbed and flowed with people, but it was never so crazy that you could not actually talk to someone. {Although the hotel security did come knocking a few times.}

8. Key Note by Jim Conaway
His delivery could have used a bit of polish, {he is a writer not a public speaker after all} but what he had to say was right on and sparked much discussion throughout the weekend. I really appreciated his point of view and how he made himself accessible to the attendees. He attended the parties too and if you shared any secrets with him don’t be surprised if you find yourself in the next exposé he writes about the deep dark under belly of blogger conferences. (just kidding, Jim) I hope. 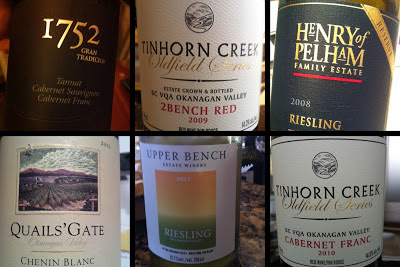 9. The Wine
I’ll talk about the specific B.C. wines more in a later post. But I really like that the speed tastings focused on just B.C. wines-- it made for a more focused showcase of the regional wines. Also on hand pouring were the Wines of Greece, Wines of Ontatiro, Wines of Uruguay. Loved the introduction to the wines of Uruguay and I got to taste many wines that were new to me.

10. The People
From all the organizers, the wine associations, tourism associations, and of course the wine makers, --Penticton proved that good old fashion hospitality is alive and well and ingrained in the people of the region.

So kids—I said it here last year in my post on Penticton…that if you miss out on #WBC13 in Penticton—you’re an idiot! And I think I was right.

I’m sure they will put on a great event, in Santa Barbara next year for WBC14, but, I can tell you now, with out a doubt, WBC13 set the bar high. Way high.

PS: In fairness there were a few things not so great this year:
1. The wine glasses in the hotel were not optimal for tasting.
2. Friday Excursions made for a very,very long day on top of a full day agenda.

Next up:  Posts on the Wine,  Excursions,  and the 5 most Hilarious Moments at #WBC13
Posted by Marcy Gordon at 11:11 PM