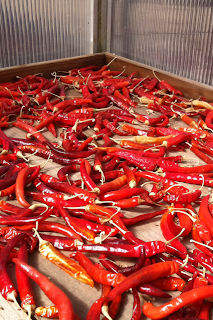 After discovering my long lost Croatia photos that I posted here, I also found a post on Ajvar that I never got around to posting. I present it to you now--The Ajvar Smackdown-- a taste comparison of Ajvar.

Ajvar is a wonderful pepper and eggplant relish that I discovered on my first visit to Croatia. It’s the perfect complement to vegetables and most of all meat--especially the tasty sausages called cevapis that I tasted in Croatia.

When I came back from Croatia I went in search of Ajvar locally. Depending on where you live, it is not hard to find, but sourcing the true flavor of Croatian Ajvar proved more elusive. Luckily I did find a few examples and Mia Salazar was kind enough to send me a jar of Podravka made in Croatia, along with her grandmothers recipe so I could try making my own.


The Ajvar Smackdown Line Up 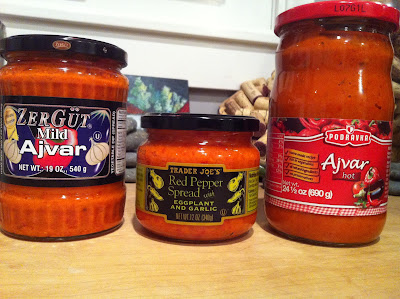 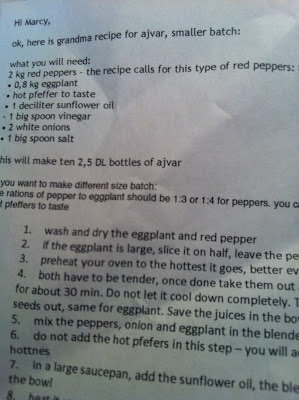 Results:
I found the Zergut was too sweet and the Trader Joe’s color was distractingly neon orange with too much vinegar aftertaste. I must also note neither one was made in Croatia, both the Zergut and Trader Joe’s were imported from Bulgaria. 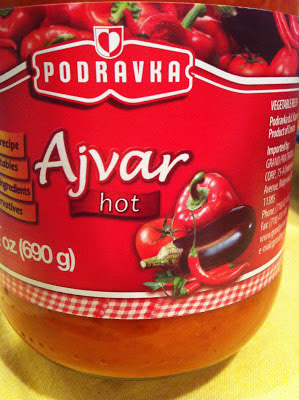 The clear winner in the jar ajvar was Podravka. I liked the texture and the hot spice level. It also had an ingredient the others lacked -- paprika! Of course! That’s the tipping point! 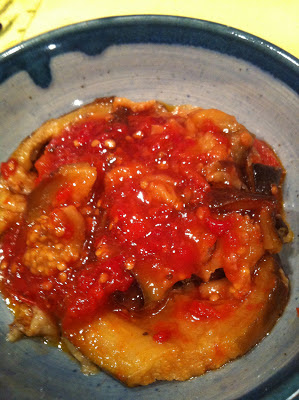 My attempt at making Ajvar from scratch was not so successful. It came out way more eggplantay than peppery and in fact it reminded me more of a caponata style of relish my Italian grandmother used to make. Actually it was not really like Ajvar or Caponata, it was it’s own hybrid, not necessarily bad, but not the true Ajvar I was hoping to make.

I made roasted potatoes and lamb sausage to taste with all the all the Ajvar contenders. By the way, if you love broccoli as I do, you’ll love it even more with Ajvar. 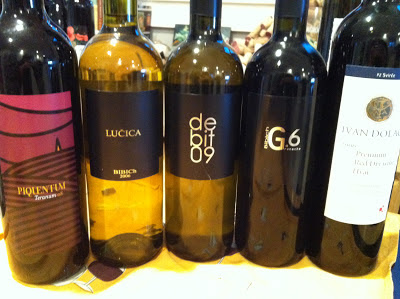 Croatian Wines to try with Ajvar: 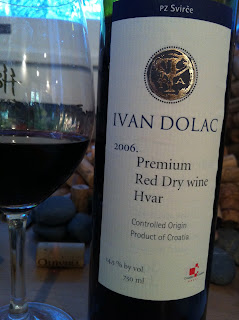 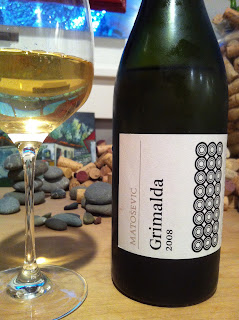 I think both reds and whites are great with Ajvar. 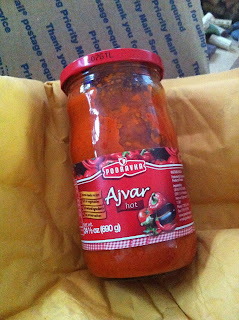 Thanks to Mia Salazar for her generous sharing and translating of her grandmothers recipe and also for the winning jar of Ajvar.

I plan to bring one empty suitcase to Croatia when I return in March to fill up on not just the outstanding wine, but also the olive oil and of course the Ajvar.